What is COM Express®?

COM Express®, as the name suggests, is a form of Computer on Module and a subset of System on a Chip (SoC) and, for us, this comprises a single circuit board, including RAM and Intel processor. They’ve been around a while – this particular form factor was first released in 2005 by the PCI Industrial Computer Manufacturers Group (PICMG) as a way to standardise module interfaces and Avnet Embedded have been an Executive Member of this distinguished group since 1994.

Versatility has been the key to the popularity of COM Express®. Not only can it be used as a standalone board but can also effectively act as a ‘mezzanine’, plugging into an existing carrier board to extend its capability, improve performance or lower cost. It would, of course, be remiss not to mention the role Intel® processors play in Avnet Embedded’s COM Express® offering. All high-end modules based on Intel® Xeon® W-11000E series processors are adaptable, reliable and continuous operators and can be modified to suit harsh and demanding environments – such as air and rail transportation applications or those in military and aerospace. Some variants for use in an industrial capacity can be specified for use in temperatures from -40°C to +85°C. Rugged and/or temperature resistant modules are highly popular choices

In terms of the module configuration, PICMG initially identified five ‘types’ of COM Express®, each with different and defined pin out configurations – eight in total – but since the 2017 V3 update, they recommend that new designs should only use Types 6, 7 and 10.

However, COM Express® can reasonably be described as general purpose when you consider the range of non-rugged embedded computing applications it is also suited to, such as:

Our COM Express® range is designed and manufactured in-house at our technology campuses in Germany and available worldwide. Take a look at our full portfolio  or contact us  to find out more. 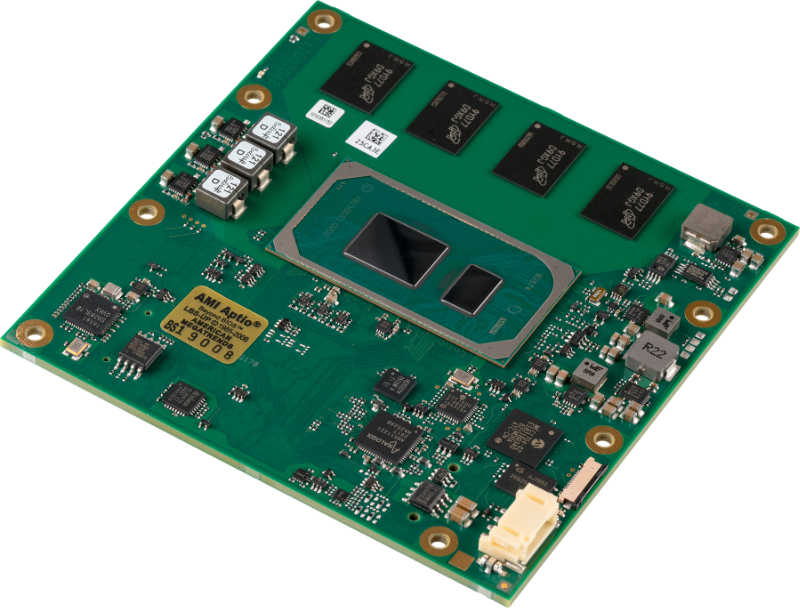 Talk to the experts!

Let us know about your product or your challenge and our team will get in touch to discuss how we can help.

Let’s Talk
What is COM-HPC?

Make or Buy
Scroll to top

This site uses cookies. Further information can be found on links below

We may request cookies to be set on your device. We use cookies to let us know when you visit our websites, how you interact with us, to enrich your user experience, and to customize your relationship with our website.

Click on the different category headings to find out more. You can also change some of your preferences. Note that blocking some types of cookies may impact your experience on our websites and the services we are able to offer.

These cookies are strictly necessary to provide you with services available through our website and to use some of its features.

Because these cookies are strictly necessary to deliver the website, refuseing them will have impact how our site functions. You always can block or delete cookies by changing your browser settings and force blocking all cookies on this website. But this will always prompt you to accept/refuse cookies when revisiting our site.

We fully respect if you want to refuse cookies but to avoid asking you again and again kindly allow us to store a cookie for that. You are free to opt out any time or opt in for other cookies to get a better experience. If you refuse cookies we will remove all set cookies in our domain.

We provide you with a list of stored cookies on your computer in our domain so you can check what we stored. Due to security reasons we are not able to show or modify cookies from other domains. You can check these in your browser security settings.

These cookies collect information that is used either in aggregate form to help us understand how our website is being used or how effective our marketing campaigns are, or to help us customize our website and application for you in order to enhance your experience.

If you do not want that we track your visit to our site you can disable tracking in your browser here:

We also use different external services like Google Maps, Google reCaptcha and external Video providers. Since these providers may collect personal data like your IP address we allow you to block them here. Please be aware that this might heavily reduce the functionality and appearance of our site. Changes will take effect once you reload the page.